Armoured doors Alme Srl, a frame in an unique body! 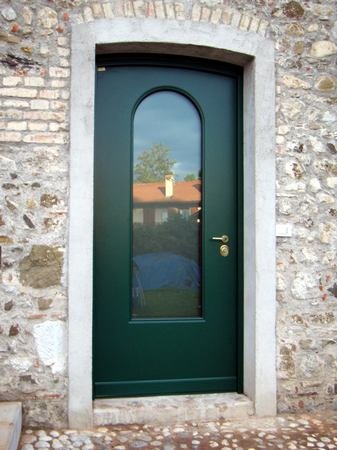 Usually doors have a frame made of two components called loom and counter loom. This two components are never put together one against the other but there is always space between the two pieces. Through this space, the air and the noise pass, this empty space is also dangerous because the burglar can use a screwdriver or a crowbar as a lift.

The screws used to fix the frame to the counter loom give the possibility to adjust the shutter position later on, but those same screws are the cause of the problem. In fact every time that you close the door, this hit the frame and produce vibrations that in time let the frame position change. The missing alignment between shutter and frame let the air and noises pass and then it needs adjustments.

The frame in an unique body of armoured doors Alme Srl has not defaults and does not have fissures for air, noise and crowbar.

Our frame is anchored directly to the wall and does not need adjustments.

For any kind of information or for a free quotation, please sent us a message compiling the module "Contacts”.